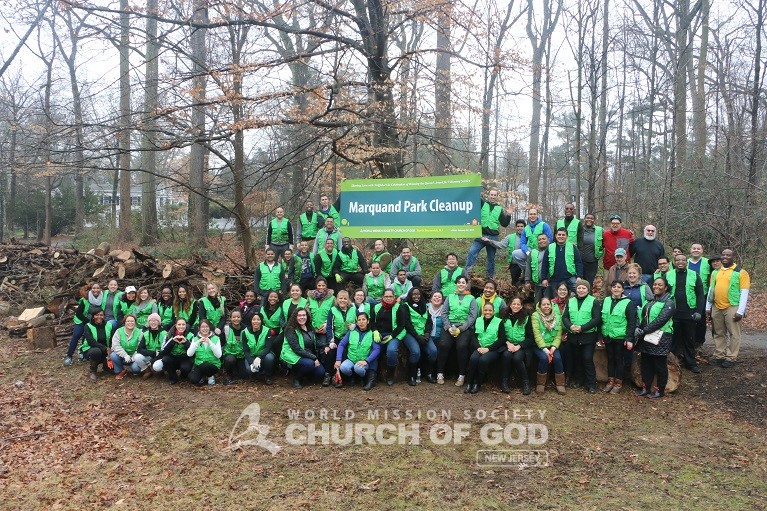 Marquand Park is a 17-acre, historic land that was converted into a park in the 1950’s. The Princeton, NJ park is known for containing 200 species of trees. It is home to Cedar of Lebanon and Japanese Arbor Vitae, just to name a few—plus various types of oaks. Some of these trees were imported and planted in the land as far back as the early 1800’s.

Now Marquand Park is an attraction amongst locals and tourists alike. However, much work goes into maintaining and preserving the site. Even so, most of this work falls on just a few people, including Board-certified Master Arborist Robert Wells and his team. Hence, the Marquand Park Foundation was beyond thrilled when 60 members from the Church of God cleaned the park on January 22.

Over time, Marquand Park had slowly accumulated dead branches. Furthermore, a dead tree and other debris were negatively affecting the environment. Working in large assembly lines, the Church of God volunteers worked in unison to remove branches and trash. The energy of the members was high as they began removing waste from the park. Productivity only increased as they moved branches requiring at least five members to carry and rolled rotting logs away. Meanwhile, the volunteers sang and laughed together as they worked diligently throughout the day. By the end of the cleanup, the volunteers had piled up a considerable amount of debris. 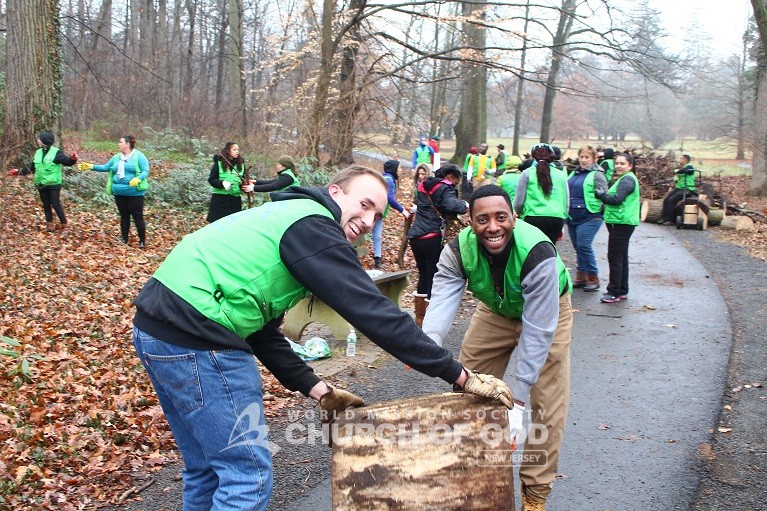 Volunteers moving a piece of a dead tree out of Marquand Park in Princeton, NJ.

“With this much help, we could reverse 30 years of damage in about 3 hours,” said Andy of the Marquand Park Foundation.

Marquand Park Foundation coordinators greatly appreciated all of the help they received from the Church of God. And they gladly invited the volunteers to come back in the spring to plant trees in the park. In fact, they promised to plant a special tree in honor of the World Mission Society Church of God.

The Marquand Park Cleanup is the first of many community activities that the Church of God will participate in this year. Keeping instep with the World Mission Society Church of God’s global movement to serve its neighbors, New Jersey members look forward to sharing the love of God the Mother with their neighboring communities.

Volunteers lifting up a log to remove it from Marquand Park in Princeton, NJ.

Members of the Church of God roll out a part of the dead tree from Marquand Park.

A collection of all the decaying branches and plants found in Marquand Park.

Church volunteers haul off a wheel barrel full of branches from Marquand Park.

Church of God volunteers cutting out the remains of a decomposing tree in Marquand Park.

Volunteers formed a chain to remove dead branches from the park.