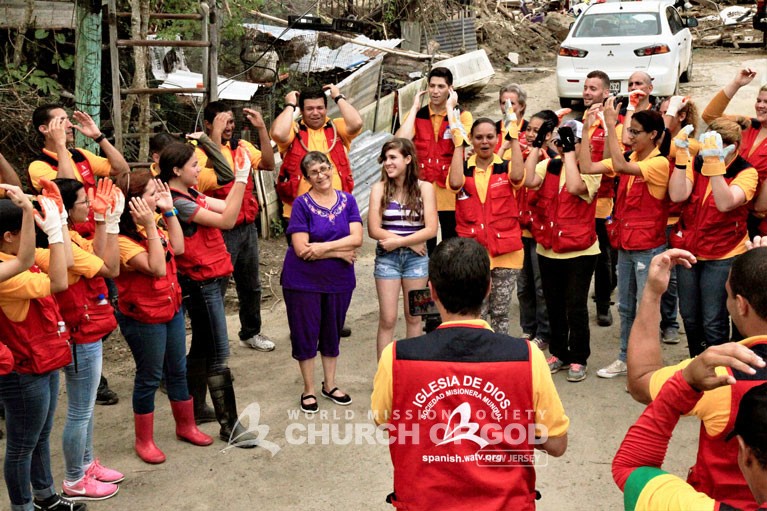 On September 26, the island of Puerto Rico suffered great catastrophic damage. In a span of two weeks, the island was hit with two consecutive destructive hurricanes—Irma and Maria. Puerto Rico suffered a great loss—flooded and destroyed homes, collapsed bridges and roads swept away, massive shortage of food and water, and power outages throughout most of the island.

These conditions have made it nearly impossible to bring much necessary help to remote areas. The aftermath of Hurricane Maria has paralyzed the country. From political leaders to the most common citizens, all are making a desperate plea for help. This disaster has drawn international awareness for disaster relief.

In the midst of all these losses, the most unfortunate loss is their hope. Practicing God’s love for humanity, and in an effort to restore hope back for the people of Puerto Rico, members of the World Mission Society Church of God in Puerto Rico, began helping neighbors immediately following the storm. They cleaned up homes and comforted fellow neighbors with a compassionate and selfless mind.

This also created a chain of events along the East Coast churches. In a united attempt to help all impacted victims, the members began a disaster relief campaign at their work places, schools, military bases, and even apartment complexes. 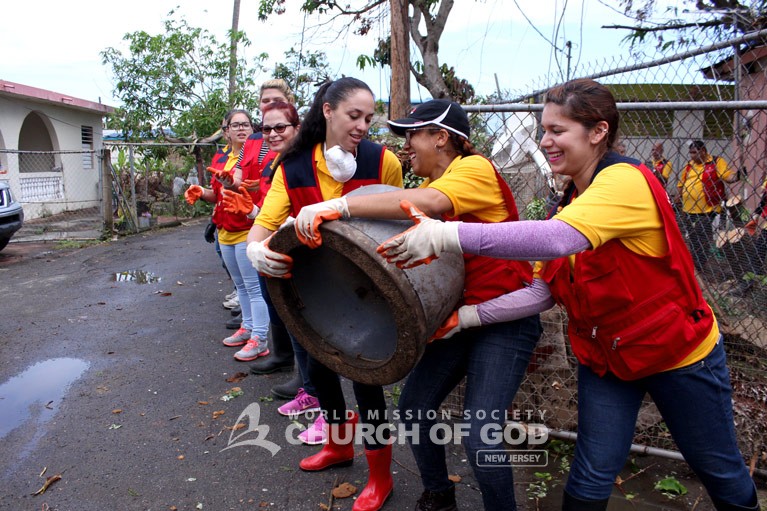 Church of God volunteers from Puerto Rico removing debris in unity during the aftermath of Hurricane Maria.

Thank You Luncheon in New Jersey

On the final day of the drive, every Church hosted a luncheon to thank the members and their colleagues, families, and friends, who participated in the drive. Attendees at the luncheon expressed feelings of encouragement through written letters for the people of Puerto Rico.

One guest at the luncheon in Bogota stated, “I feel great taking part of this. This is an awesome thing that [the volunteers] are doing. This will definitely give the victims hope.”

Another guest also added, “You have such a great outreach. Whenever disasters strike, you are there. I think this is great!”

In Ridgewood, members had a final count of 70 large boxes of donated goods.

“I think it’s great that the Church gets involved [in the community],” said Ann, a coworker of one of the members. “It takes me back to when I was a child when my grandmother would tell me about the Good Samaritan. You always have to lend a helping hand to your neighbors.”

Church of God volunteers consoling a local resident who was affected by Hurricane Maria in Puerto Rico.

Group photo of Church of God volunteers with the donations received for the Hurricane Maria victims in Puerto Rico.

The Church of God in Ridgewood held a luncheon in honor of those who brought donations for the Puerto Rico Disaster Relief Drive.

Church of God volunteers encouraging a family affected by Hurricane Maria, shouting, “We love you!”

Local Church of God volunteers removing debris from a home in Puerto Rico after Hurricane Maria.