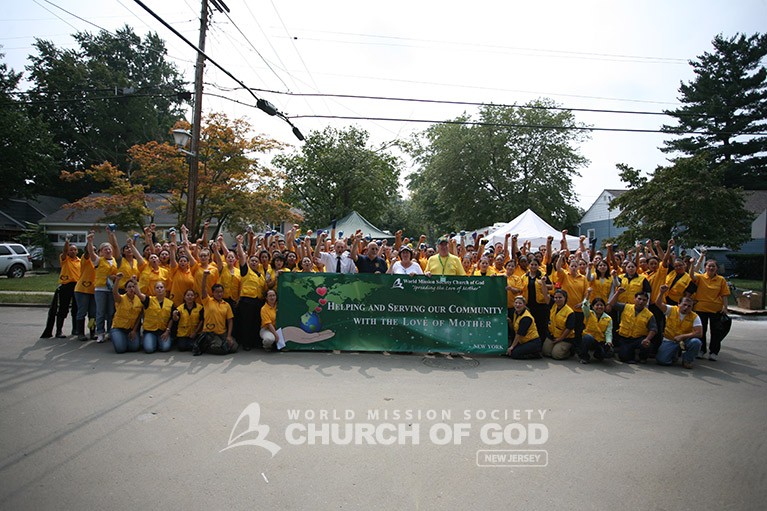 The night before Hurricane Irene struck on August 28, 2011, families in the town of Pompton Lakes, NJ were completely unaware of the damage it would inflict. They hoped to be able to weather the impending storm safely at home. The following morning, Hurricane Irene unleashed its fury on the state of New Jersey, leaving residents with no choice but to evacuate their homes with their loved ones, while barely escaping with necessities.

Hurricane Irene particularly devastated the town of Pompton Lakes. The damage was unprecedented—some houses received more than eight feet of water from the overflow of the neighboring Pompton River.

When they returned home, families were overwhelmed at the damage Hurricane Irene left behind. Floors needed to be replaced. Walls had to be knocked down. Some homes were so devastated that families had to abandon them and mementos of precious childhoods and family vacations were ruined.

Residents worried about how they would be able to get enough manpower to clean up and restore what were their once pristine homes. There was no help in sight to alleviate the mounting struggles of this catastrophe.

But the day after the storm, a multitude of volunteers from the World Mission Society Church of God showed up at their front doors. Pompton Lakes was no longer flooded with water, it was now flooded with more than 300 volunteers who went to provide disaster relief over the 2011 Labor Day Weekend.

Members went house to house encouraging distraught residents with smiles to take a rest while they took care of the intense labor necessary to gut entire houses. Residents said they had not been able to genuinely smile since the tragedy, but with the help of the Church of God members, they felt a sense of hope for the future.

Pompton Lakes Mayor Kathleen Cole even shed tears of gratitude and appreciation as she thanked the volunteers for their time and hard work. Pompton Lakes resident Frank Alosevic later sent a handwritten letter to the Church of God:

“With you, I felt like a human being again. I saw over 100 young and strong come together to help people like us and never ask for anything: young faces, different faces, beautiful faces, all with smiles. I saw what I never imagine existed anymore, people of all walks of life working together in a brotherly and sisterly fashion. Let your loved ones know you are changing other people’s lives for the better.”

Volunteers from the Church of God worked arduously for three days to help families with work that, as many described, would have taken them weeks or even months to finish on their own. Residents thanked the volunteer group from the bottom of their hearts—genuinely appreciating the assistance they never thought they would have received.